France and Flanders 2017
Day 2: AN INTRODUCTION TO
THE FIRST WORLD WAR 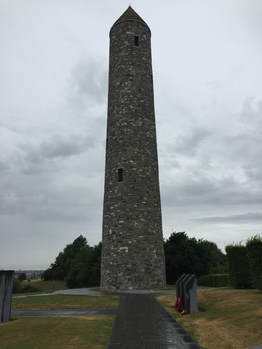 Island of Ireland Peace Park
We began the day in Paris. After a brief meeting at the hotel, we packed our kit into the vans and headed north to the Belgian sector of the Western Front where the First, Second, and Third Battles of Ypres were fought.

While en route to Ypres (our home base for the next two nights), we stopped at the Island of Ireland Peace Park where we discussed our previous experiences with professional development. After considering the components of quality professional development, we began our discussion of the First World War. Specifically, we debated two narratives regarding the breakout of the war. Following this, Cindy shared with us the meaning and purpose of international law. Before leaving the Island of Ireland Peace Park, we broke into small groups (syndicates) to answer the question Given the German and British objectives in 1914, what did these countries need to consider with regards to the civilians living along the Western Front?. We will be sharing our responses to this question tomorrow morning.

After leaving the Island of Ireland Peace Park, we drove to Mesen/Messines where we visited a new museum. We also discovered a new monument depicting the 1914 Christmas Truce.

Our next stop was Dranoutre Military Cemetery where Blake and Lee introduced us to the Commonwealth War Graves Commission. Blake then presented his soldier biography.

​The day ended at a coffee shop where Riley facilitated a seminar during which we discussed educating students about the causes of the First World War.

The Breakout of the First World War

During our discussion of the breakout of the First World War, Lee asked us to consider the differences between the following narratives:

Cindy shared with us that in the late nineteenth century, many of the governments of the world met to write the positive (black and white) law for international conflict. She explained that one of the key arguments about Germany's involvement in the First World War was that the Germans violated Belgian neutrality, which was an agreement signed in 1839. Belgium's violation of Germany's ultimatum was a key factor in the causes of war and what came after.

Cindy went on to explain that while the rest of the world navigated away from principles of military necessity, Germans (and others) insisted on holding onto it to ensure that they would have their wild card. She also shared with us that the primary document of the 1899 Hague Convention and the document's 1907 update help individuals gain an in-depth understanding of international laws.

Countries commemorate their war dead in different ways. We learned that it is important to think critically about monuments, memorials, and cemeteries. We must consider the intent and purpose behind them. 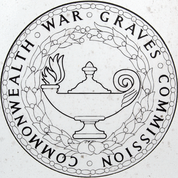 ​The Commonwealth War Graves Commission is responsible for overseeing the creation and maintenance of cemeteries, monuments, and commemorative sites that commemorate members of the Commonwealth who have fallen in armed conflict. There are over 23,000 Commonwealth cemeteries worldwide. The CWGC's intent when creating cemeteries in northern France and Flanders was to create an environment that reflects the peace of an English garden and the equality of those who fought and died.

​Some participants described how they felt when they entered their first CWGC Cemetery, Dranoutre Military Cemetery:

Riley facilitated our first seminar, which focused on the causes of the First World War. He posed the following questions to the group:
After Riley posed each question, we broke off into small groups to share our ideas. We then came together for a large-group discussion.