"The Battle of Vimy Ridge is the most manipulated event in Canadian history." 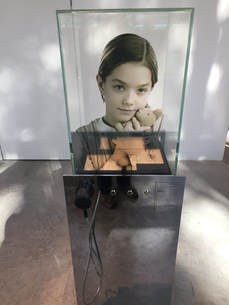 One of the displays in the Visitor Education Centre at Vimy Ridge
Today as we toured the Arras sector of the First World War, we challenged the dominant narrative surrounding the Battle of Vimy Ridge.

We began the day at the Canadian National Vimy Memorial Park. Once onsite, we went to an area of the park that is close to the Vimy Monument. We each shared a word that comes to mind when we think of the Battle of Vimy Ridge. Blake then led us in a discussion about the Vimy Oaks Legacy and the importance of questioning the dominant narrative of the Battle of Vimy Ridge. Following this discussion, we drove to and visited the recently opened Visitor Education Centre. We also walked through the reconstructed trenches onsite.

​Our next stop was the Lens' 14-18: Centre international de la Grande Guerre (Lens' 1914-1918 Great War History Centre), which is located at the bottom of the Notre-Dame-de-Lorette hill. During our walk through the exhibit rooms, we considered the intent of the museum.  Following our visit to Lens' 1914-1918, we drove to Maroeuil British Cemetery where Ben presented a brief biographical sketch of one of the two soldiers he researched for the trip. We then continued on to Cabaret Rouge British Cemetery. While there, Zakk presented his soldier biography.

After Zakk's presentation, we returned to the Canadian National Vimy Memorial Park where we spent an hour examining the monument and considering its historical significance. We came together briefly after our investigation of the monument to discuss some key points about the Battle of Vimy Ridge.

Our day continued at the Hill 70 Memorial Park, which was inaugurated in April 2017 to commemorate the lesser-known Battle of Hill 70. Here, Lee explained his perspective on the significance of the August 1917 battle and challenged us to think about why the Battle of Vimy Ridge overshadows the Battle of Hill 70.

Our final stop of the day was Loos British Cemetery where Jessica, Karen and Riley, Ronda, and Mike presented their soldier biographies. The day ended at our hotel in Arras where Jessica facilitated a short seminar.

The Battle of Vimy Ridge: Challenging the Dominant Narrative 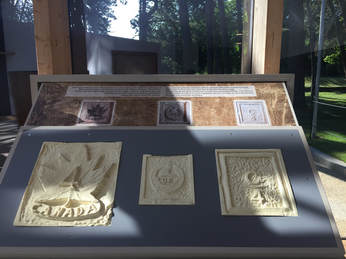 A multi-sensory display at the Visitor Education Centre at Vimy Ridge
During our first visit to Vimy Ridge, Blake asked us to share a word that we relate to the Battle of Vimy Ridge. Some of the words that participants shared were controversial, monumental, natural, humbling, and moving.

Following this brainstorming activity, Blake shared with us a few aspects of the dominant narrative surrounding the Battle of Vimy Ridge:
Blake then explained that teachers cannot replace one narrative with another. Instead, they must expose their students to different narratives and give their students the chance to form their own perspectives using primary sources as evidence.

Before we returned to the vans to drive to the Visitor Education Centre, Blake posed three questions for us to consider throughout the day:

When Abbi, Janelle, and Riley were asked to reflect on the Canadian National Vimy Memorial Park, they shared the following ideas:
Andrew and Lorelei also shared their thoughts on what they believe students in 2017 need to know about the Battle of Vimy Ridge: 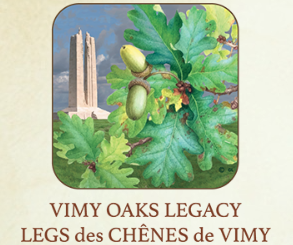 The Vimy Oaks Legacy is an example of the historical thinking concept Continuity and Change. It is a project that has been undertaken by a not-for-profit corporation whose mission is to commemorate Canadians who fought in the First World War. The corporation's goal is to distribute some "Vimy" oak saplings - saplings descended from acorns collected following the 1917 Battle of Vimy Ridge - across Canada and to repatriate the remaining oak saplings to the Canadian National Vimy Memorial in 2017.

During our discussion of the Vimy Oaks Legacy, we came to understand the complexity of designing memorials and monuments. Designers must consider where to locate them; the structures, symbols, and plaques to include in them; and how to unveil them.

After some reflection, Lynzee and Ronda shared their responses to Blake's question: 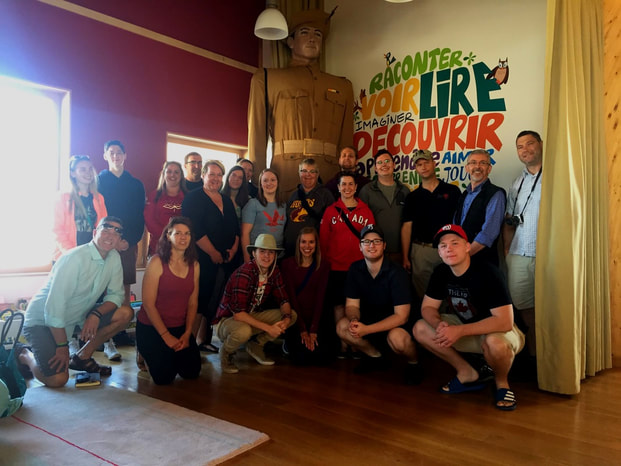 Following our stop in Givenchy-en-Gohelle, we visited the Lens' 14-18: Centre international de la Grande Guerre. Before touring the exhibit rooms, Blake, Cindy, and Lee asked us to consider the museum's intent, whose voice is heard, and whose voice is missing. After viewing the exhibits, we came together and shared the following observations:
After returning to the vans, Robert, Karen, and Lynzee reflected on their museum experience:

Key Points to Consider About the Battle of Hill 70 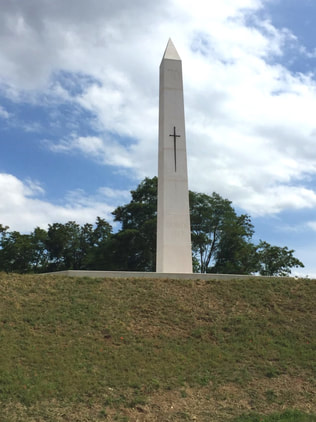 Currie questioned Haig's orders, suggesting an alternative to the British plan. This was a historic moment for Canada in that Currie represented the voice of Canada in France. Currie's suggestion was to fool the Germans into believing that the Canadians were coming into Lens from Vimy, when in fact they planned to take the high ground, hide the munitions behind the slag piles in the area, and implement the same tactics used at Vimy (digging in and forcing the Germans to counterattack).

Currie's plan resulted in Germans mounting over twenty counterattacks; however, the Canadians captured Hill 70, defeating the Germans as well as drawing their attention away from the Third Battle of Ypres.

The Battle of Hill 70 was viewed as a successful operation in killing the enemy, and the strategy implemented during this battle has been used repeatedly in Canadian warfare. 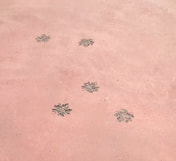 Five of the maple leaves carved into the concrete pathway
Inaugurated this year, the main feature of the Hill 70 Memorial Park is a stone obelisk inscribed with the phrase CANADA 1917. The sword of sacrifice can also been seen on the obelisk.

Due to construction, we were unable to examine all elements of the park; however, we did notice that carved into the concrete walking path are Canadian maple leaves. The park features 1877 maple leaf carvings; each represents a Canadian soldier who fell during the Battle of Hill 70.

Before dispersing for the night, Jessica facilitated a short seminar in our hotel's common room. She asked us to reflect on all that we had learned throughout the day and then share one word to describe the day.